So, Pope Francis has struck again! For a time, he was rather quiescent, seeming to settle down into a more traditional papal routine. But, he has leaped into the news again. He has, so we are told, changed the Church’s teaching on the death penalty. 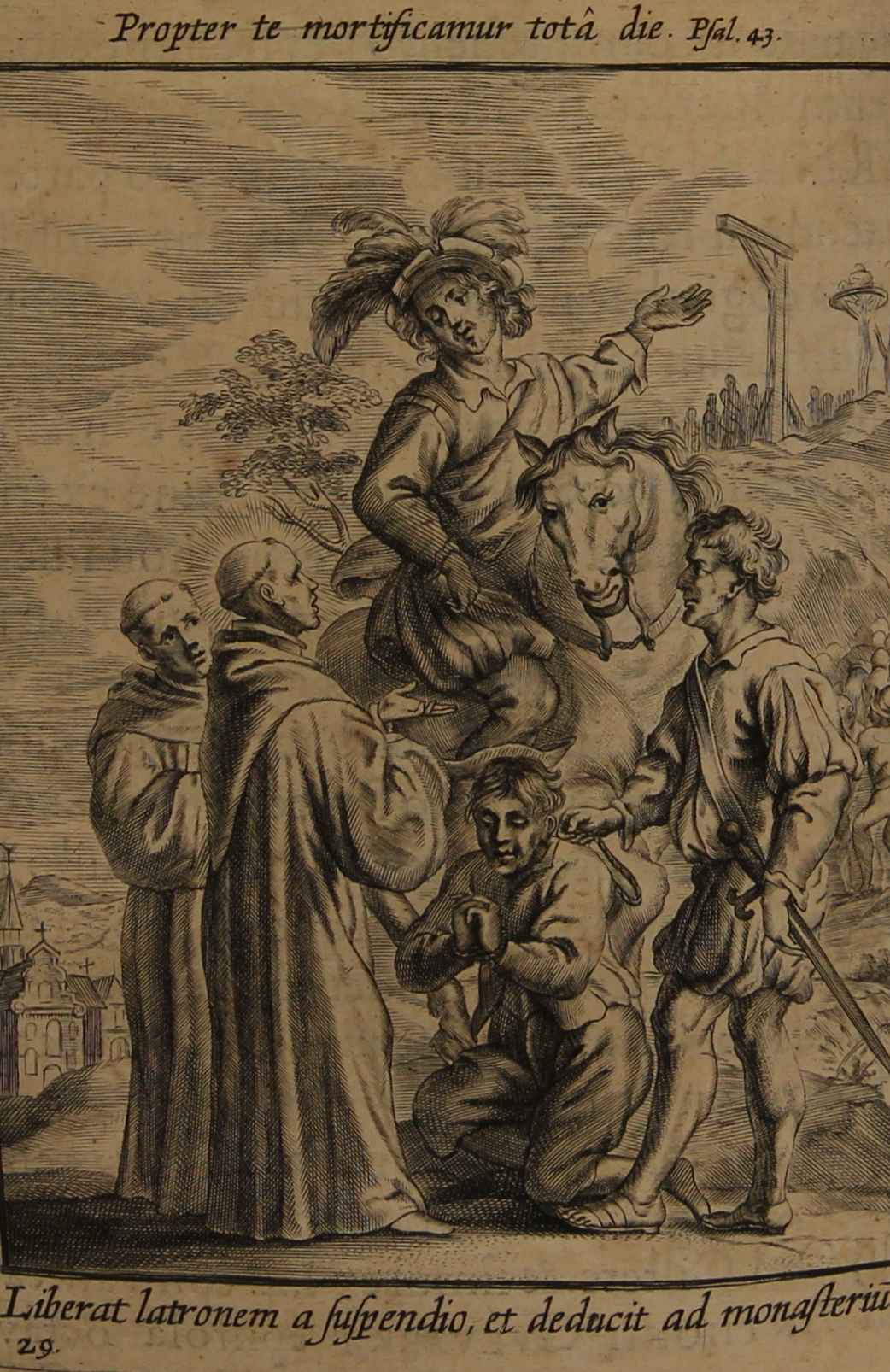 This alleged change in teaching has come about through a revision of section 2267 of the Catechism of the Catholic Church, dealing with the morality of the death penalty. Francis’ revision is the second revision of this section, for John Paul II had it rewritten after his 1995 encyclical, Evangelium Vitae, questioned the legitimacy of the death penalty in our day. In light of the firestorm that erupted over John Paul’s statements on the death penalty, I wondered what Francis’ revision said, if it could work up what seems an even more vehement reaction. Yet, when I read the new, revised section 2267 of the Catechism of the Catholic Church, I was struck by how little there seemed to be struck by. The language was far more emphatic than the previous language; opposition to the death penalty is expressed without the much nuance. Still, I did not think Francis’ revision fundamentally different from Pope John Paul’s revision. I wondered what the outrage over it was all about.

I assumed that much of the outrage arose from conservatives for whom the death penalty is a revered institution. Yet, further reflection and conversation showed me that some of the opposition, at least, came from people who saw the revised section as directly contrary to Catholic tradition on the death penalty – a long tradition weighty with testimony from Sacred Scripture, the fathers, Church doctors, theologians, and popes, who all taught that the death penalty is an inherently just power of the government. Yet, one clause in the revised statement seems to fly in the face of this consensus – a quote, incidentally, from an October 11, 2017 address by Pope Francis: “the death penalty is inadmissible because it is an attack on the inviolability and dignity of the person.” As one writer has pointed out, if the death penalty is simply inadmissible, how could it ever be just?

Indeed, some have pointed out that Pope Francis has gone further than Pope John Paul II, who did not utterly preclude the use of the death penalty, though he wanted to see it abolished. Pope John Paul, like Francis, saw an incompatibility between a recognition of human dignity and the use of the death penalty; still, he did not close the door to the death penalty in cases where no adequate means of otherwise protecting society exist. (1) Because of this, John Paul’s dictum could be folded in to the tradition, as expressed by the Catechism of the Council of Trent, which justified the death penalty as a means to “give security to life by repressing outrage and violence.” (2) Where no such means is necessary, where other means to secure the same end are present, the state, said John Paul, should prefer non-lethal means, since these are more in accord with human dignity.

I can understand how one, reading the revised section of the Catechism, might think Pope Francis has closed off even this loophole preservative of a coherent tradition. First, the language of the new section lacks clarity; the connection of the three paragraphs which compose it is not immediately apparent. Secondly, it cites the address referenced above, in which it seems clear that Francis thinks the death penalty to be an inherent violation of human dignity and the Gospel and, thus, inherently immoral. 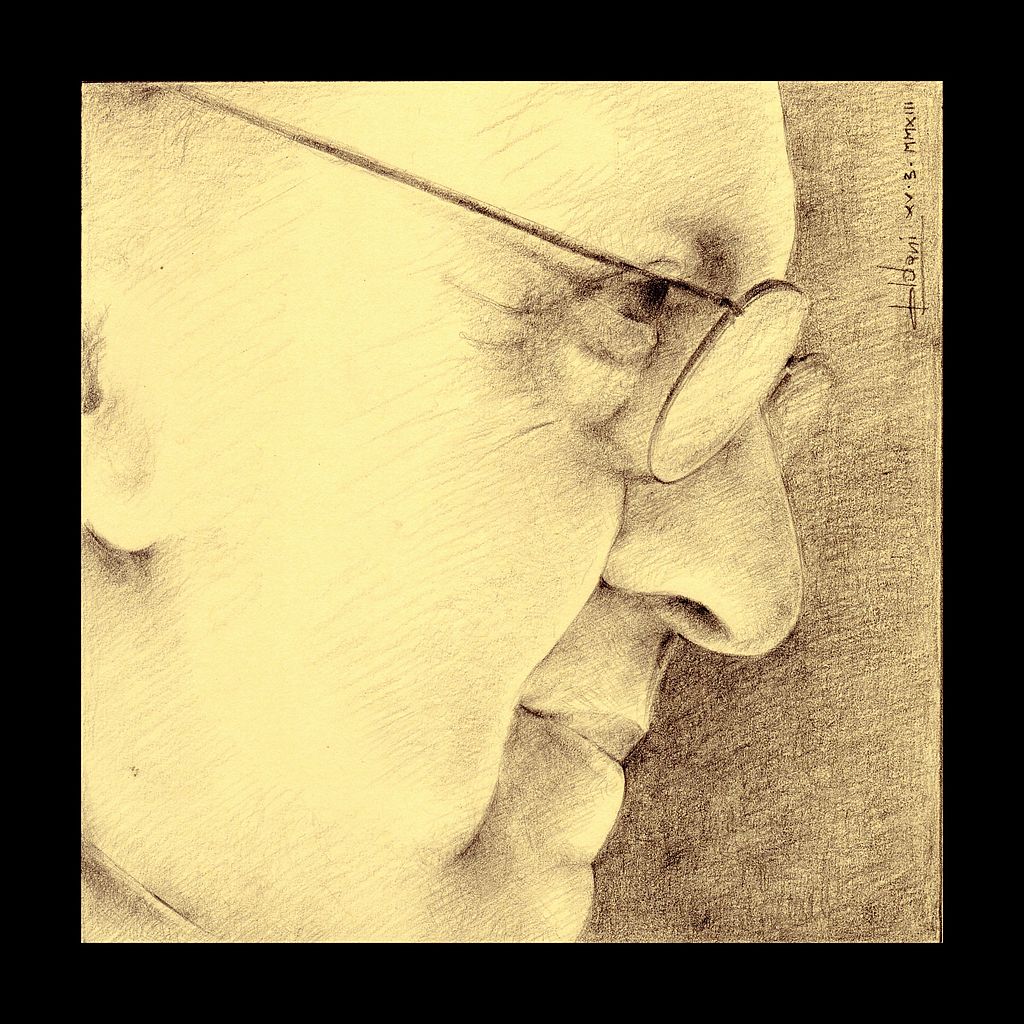 Yet, despite these difficulties, I think the revised section 2267, though more emphatic, is in fundamental agreement with the previous language formulated under John Paul II. At the very least, I think the new language is open to an interpretation that accords with the previous language. Whenever two formulations of Church teaching seem to contradict each other, it is incumbent upon faithful Catholics the reconcile them if they can – even when one formulation comes from a pontiff in whom one feels little confidence. It is not the man we hear when the pope speaks, but Christ; and while popes can err in their non-infallible teaching, they remain teachers to whom we must accord filial respect and the docility proper to learners.

Pope Francis may think the death penalty inherently unjust, but this is not where we begin in interpreting the revised Catechism. We must first see what is actually expressed in a text of official teaching, not what is said elsewhere. It is that text, and that text alone, which is authoritative. It may or may not reflect or express the entirety of what the pope thinks on the subject or reflect what he has said in another venue.

This then is how I read the revised section 2267.

It is composed of three parts or paragraphs. The first is something of a note on how the Church has historically understood the death penalty. There we are told that “recourse to the death penalty on the part of legitimate authority, following a fair trial, was long considered an appropriate response to the gravity of certain crimes and an acceptable, albeit extreme, means of safeguarding the common good.”

Nowadays, the second paragraph says, we have “an increasing awareness that the dignity of the person is not lost even after the commission of very serious crime.” One may wonder if today we indeed have this increased awareness or not, but the claim about human dignity here should be uncontroversial. Certainly, murderers and traitors do not have the dignity that belongs to a just and holy man, but they still possess at the very least the dignity of being human.

What of the “new understanding”? According to the revised section, it is an emerging thing and concerns the “significance of penal sanctions imposed by the state.” This, I think, is perhaps the vaguest part of section 2256, for it does not tell us what “significance” it references. Is it that today we expect punishments to be restorative of the criminal’s character? Is it that we think the state should have a more limited role in the adjudication of penalties? Perhaps it is something else. This the text does not say.

However, the changed conditions referenced in the second paragraph are the same outlined in the previous language of section 2267, that “more effective systems of detention have been developed, which ensure the due protection of citizens but, at the same time, do not definitively deprive the guilty of the possibility of detention.” It is not my intent here to assess the accuracy of this judgment – one in which, on account of its contingency, does not properly fall under magisterial teaching authority. Yet the consensus of the papal magisterium of Pope John Paul II, Benedict XVI, and Francis has been that, when such conditions prevail – when, namely, society may be protected by less than lethal means – the death penalty is not justified. This is not some innovation on the part of Francis.

The troublesome language – that “the death penalty is inadmissible because it is an attack on the inviolability and dignity of persons” – is found in the third paragraph. Taken in isolation from the rest of the section, this language is indeed problematic; for, as we have noted, it could be tantamount to saying that the death penalty is everywhere and always wrong. It seems impossible to square this with the witness of tradition and the previous magisterium on the death penalty.

Yet, the third paragraph begins with an important adverb, quapropter, meaning “consequently,” “wherefore,” “on which account.” This adverb connects the third paragraph with what has gone before and thus signifies that qualifications condition its assertion. It is in the context of what has been said in the previous paragraph that we are to understand the assertion of the inadmissibility of the death penalty.

The quapropter of the revised section 2267 seems to qualify the term “inadmissible” in the revised Catechism. The conditions that render the death penalty inadmissible, both in view of justice and the Gospel, have been laid out in the second paragraph. These conditions are largely the same laid down in the previous language of section 2267, though expressed in more emphatic terms. The previous language speaks in terms of conditions that may prevail (“if bloodless means are sufficient to defend human lives against a aggressor…” then…); the new language asserts that the conditions do prevail, and so the Church declares the inadmissibility of the death penalty.

Of course, nothing I have said speaks to whether the revision was prudent or whether it is expressed well or ill. It does, however, show a way in which we can reconcile it with the traditional teaching on the death penalty and the dignity of man.

(1) This is the language of section 2267 before the recent change: “If bloodless means are sufficient to defend human lives against aggression and to protect public order and the safety of persons, public authority should limit itself to such means, because they better correspond to the concrete conditions of the common good and are more in conformity to the dignity of the human person.”

(2) Catechism of the Council of Trent, “The Fifth Commandment”: “Another kind of lawful slaying belongs to the civil authorities, to whom to whom is entrusted power of life and death, by the legal and judicious exercise of which they punish the guilty and protect the innocent. The just use of this power, far from involving the crime of murder, is an act of paramount obedience to this Commandment which prohibits murder. The end of the Commandment is the preservation and security of human life. Now the punishments inflicted by the civil authority, which is the legitimate avenger of crime, naturally tend to this end, since they give security to life by repressing outrage and violence. Hence these words of David: ‘In the morning I put to death all the wicked of the land, that I might cut off all the workers of iniquity from the city of the Lord.'”

3 thoughts on “The Pope shakes things up again: is Francis saying anything “new” on the death penalty?”