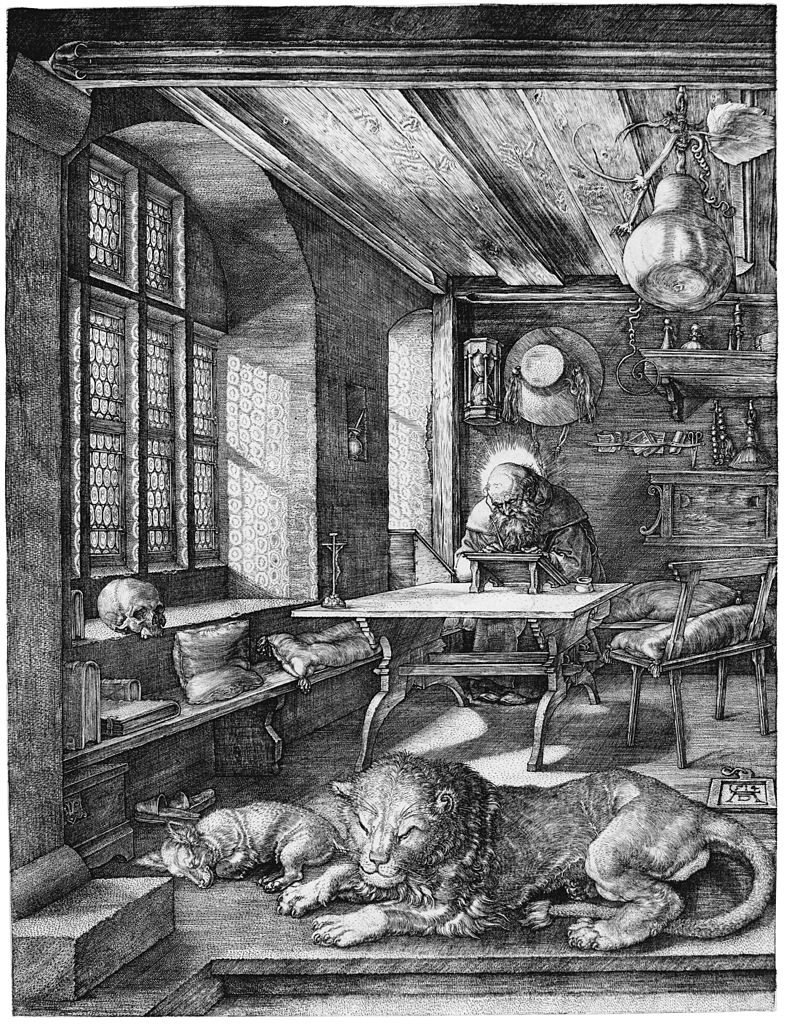 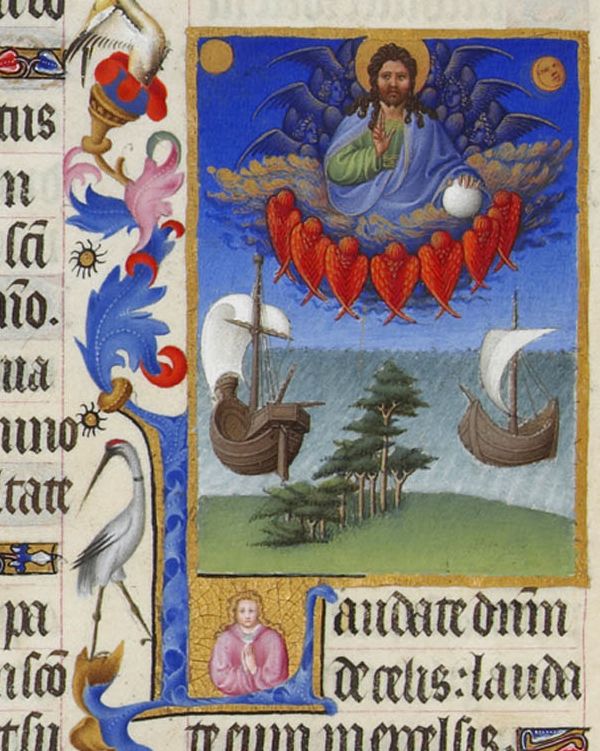 It seemed, for instance, a relatively simple matter to demonstrate that, if a unborn child is truly human, his right to life should be respected and legally protected. After all, aren’t all men created equal, and thus endowed with a right to life, liberty, and the pursuit of happiness? Only those who selfishly sought their own pleasure would deny such a palpable truth. And if they were not selfish, they were at least confused about when human life begins. We needed, thus, only to clear up this confusion in order to enlist our fellows in the cause of protecting the dignity of human life from conception to natural death.

Today, however, we have come up against a reality that has broken this old paradigm, or at least clarified it: the post-modern mind. To define the post-modern mind is difficult, so I will here offer only a working description. The post-modern mind works on the supposition that all claims to truth are simply claims to power. All argument and reasoning is merely manipulation, a kind of will-to-power masquerading as rational discourse. We thus do not counter arguments with refutations. We confront them with counter-power.

We see this in public discourse all the time. Opposition to legalized abortion is merely an expression of a desire to dominate women. Opposition to same-sex marriage is nothing but a lashing out of fear or sheer bigotry. Advocacy of economic justice is just envy and class warfare. Calls to protect the natural environment are a cynical socialist subterfuge. A desire to preserve one’s culture or people is racism. We are not compelled to understand and rationally discuss our opponent’s position, for that is merely a light veneer covering up atavistic compulsions that can only be met and crushed by the final solution of overwhelming force. Not arguments but name-calling is the first line of attack. We need to marginalize and isolate our opponent in the public arena, and then finally call down upon him the brute force of legal proscription.

This post-modern mindset, however, is really nothing new; or, if it is new, it is new only in the sense that a fully-grown plant is new in relation to the seed from which it sprang. That seed is a particular philosophical understanding of what Lancelotti calls “being” – a way of understanding the nature of man and his relation to the universe. Ultimately, it is our way of seeing what man is, what the universe is, in light of our highest conception: God.

The post-modern mind is heir to the old philosophical doctrine of Nominalism, which holds that all natural commonality is merely apparent. Though three men, Peter, James, and John, may seem to share a common, human nature, they are really no more alike than a dog, a cat, and a tree are alike. They share no common, inner essence. Human nature is merely a name (nomen) that we give to things that appear to be alike. Likewise, dog nature, tree nature, and even goodness and justice are only names. Natures and essences are simply impositions of the human mind on the world without. They do not express reality.

“The Triumph of St. Thomas,” by Benozzo Gozzoli

But if human nature is merely a name and does not indicate a common essence or nature that all these things we call human share, what becomes of morality? Following the tradition of Plato, Aristotle, and Thomas Aquinas, acting morally is defined as acting in accord with one’s nature; but if there be no common nature, then there can be as many moral codes as there are individuals. Morality devolves into a being true to oneself – and what that entails can be determined only by each person for himself, for there remains no common standard of judgment. Our course is to respect the demands of others as they express them to us. We should treat others as they wish to be treated; for that is their right.

Certainly, speaking in terms of should and rights presupposes some common standard of right and wrong; for, how can we speak of how we should treat others, if there be no morality drawn from some generally agreed-upon principles? The older Nominalists could appeal to God’s will – what is right is right because God says it is right simply; but our secular age has rejected any such appeal to God – as should we, for it reduces morality and justice to a divine will to power. God becomes a whimsical being who lays down laws only according to his “good pleasure” – an abhorrent thought. Rejecting a common nature or the Deus ex machina of “God says so” as the basis of morality, can we have a common ethic? Yes, but in the end only by the imposition of force. It will be only might that can make right – or establish rights.

The term rights is of course ambiguous. The medieval world, for instance, could speak of a right as a legal or customary grant or immunity attaching to a person, group of persons, or localities. Thus, some cities would possess guarantees other cities lacked. A locality, for instance, would be free of a tax levied on its neighboring community on account of longstanding tradition or a direct grant by a king or overlord. This immunity belonged to that locality and so was its right. We have a similar conception of right when we speak of merely “civil rights” – rights we possess by the dictates of society or of law.

Yet, when we speak of human rights as applying not to this man, this city, or this race or nation, but as applying to every human being who has been, is, or will be, we are speaking of right in a different sense. Indeed, if the concept of human rights is to make any sense at all, it must be seen as arising from what it means to be human. Human rights apply to every individual precisely because he or she is not merely an individual but a sharer in what is possessed by all other human beings. We treat others based on the dignity they have arising from what they are. Proper treatment belongs to them, it is owed to them, and it can be demanded by them – which is just another way of saying that it is their right.

Of course, one might object that merely positing the existence of natures places no duty on anyone to respect rights. A human person is a certain kind of thing; it shares a common nature with other human persons – yet, does that mean I am bound to treat someone in a way that befits his nature? Why must I respect another person’s dignity? Who told me I had to?

It is here that morality seeks an answer that justifies its demands. In the end, we can only respond to “why must I?” by pointing to an order that includes but yet transcends the natures that make up and participate in that order. That order is what simply is; its perfection is the supreme good. As the supreme good, it is the purveyor of joy to those who participate in it; indeed, it embraces and offers the happiness we all seek. We will only be happy if we respect and foster the order that for us is a given, not something we create.

We recognize the truth of this when speak of the natural environment. We are told, and rightly so, that we must respect the order found in nature; that to abuse that order is to invite disaster. This is indeed a moral imperative, for it has to do with our mores; in this case, how we act in and toward the natural environment. Yet, if we are attentive, we will see that such order is found not only in the natural environment, but in our very selves: in our bodies, our passions, our will, and our mind. A intricate order relates our mind, will, and passions to one another. It coordinates human persons with one another, and with all other creatures in the universe. It is a set, objective order that if we ignore and violate we invite supreme disaster: the loss of the happiness that is our supreme goal in life.

We can bring God in here –and, in the end, we must; but what we have said here suffices to explicate what kind of worldview must undergird any ethical system if it is to compel us, not by brute force, but by its inner logic. Such a system must be something more than a societal consensus; it must be seen as rooted in reality, in the very nature of a universe of which we are parts, and in which we live, and move, and have our being.