I have long been fascinated by folk customs arising out Christian Europe — in part, because their origins often were not Christian, but pagan. The genius of evangelization (I think) was how the Faith could take pagan practices and incorporate them into a Christian ethos. Of course, all elements of pagan superstition were not expunged, for the process of Christianization of whole culture was never complete — how could it be? 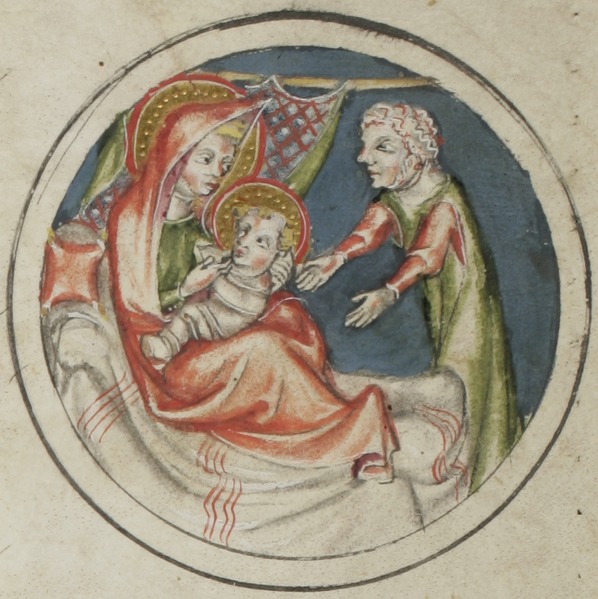 An example of such a pagan remnant was the customs surrounding the Feast of the Nativity of St. John the Baptist (June 24). The Church, it seems, placed the feast near the spring equinox, when the days reach the apogee of their lengthening. A most fitting moment for the one who said, of Christ, “He must increase, but I must decrease.”

In my novel, A Song for Else, I describe the protagonist’s memories of the bonfires ignited on the feast. Here is the excerpt from the book:

Lorenz took the bottle and moved just outside the firelight. He sat down on the cool ground. He drank. He could hear the students wrangling, but he paid them no heed. The wine that now warmed his body was withdrawing it from everything around him. He was there but not there, hovering as it were in a sphere of air that his spirit filled with its own life, forcing out all that was not its own.

He cared nothing for what happened to Holzhaupt. Instead of the tawdry drama working itself out only a few feet from him, Lorenz found himself considering the fire. Its strength was declining; it was beginning to settle itself down in its coals. The orb of light about it was contracting. The fire was losing its battle against the night.

It had only been a fortnight since Lorenz saw fires – far larger than this – burning on the hills that rose above Erfurt. It had been Sankt Johannes’ Eve. The Thuringian peasants danced about the fires, he knew, just as his own people did.

The fire kindled memory. He recalled a Sankt Johannes’ Eve now, it seemed, so many years ago. Inge had placed a purple-flowered garland of verbena and mugwort about his neck; he recalled his delight in the sweet scented blossoms. She handed him a sprig of larkspur. “When you stand before the fire, look at it with this flower before your eyes. It will keep them from failing.” The verbena, he knew, would protect him from witches.

This had been the first year he had been allowed to go with Inge to the bonfire. His father never went. As ever, the villagers had crafted the Angel Man out of straw. They wove flowers of all hues into the straw, until the Angel Man stood, looming over the tallest man in the village, florid with the colors of a spring meadow. Lorenz remembered thinking it very lovely. A long procession of men and women followed the men who bore the Angel Man to the hilltop behind the village. 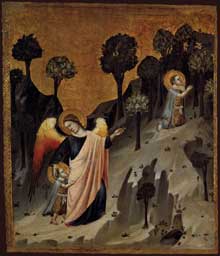 A wooden post, rising up through a mound of wood faggots and straw, awaited the Angel Man. Lorenz could not see over the heads of the grownups around him, so a neighbor lifted him to his shoulders. Three men took the Angel Man and tied him with bast rope to the pole. Three other men touched torches to the heaps of straw at the base of the mound of faggots. It caught fire and ignited the dry wood. The fire climbed the mound, hastening toward the Angel Man. He was surrounded by flames on all sides. With a sudden pang, Lorenz understood what would befall. He stifled a sob. The Angel Man was beautiful – why did they want to destroy him? The flames crept ever closer; the ring of fire converged on its center. Lorenz saw a spark leap from the fire and land on the exposed straw; flames licked the feet, and, in an instant, they were raging up the legs. The many-colored flowers withered and disappeared in the surge. For a moment, Lorenz saw a human figure outlined in the fire. Then it was gone.

Memories of other Sankt Johannes’ eves mingled and grew confused in Lorenz’s mind. Young men leaping over the flames; women singing. The wagon wheel on a long axle held by a youth at each end. The wheel, straw-covered, set afire, the two youth, pushing it down hill, over ditches, around trees, hoping to extinguish the flames in the river water. If they succeeded, a good harvest; but, if they failed…

Around the bonfire, dancing and singing. Drinking and feasting. Some couples disappeared into the darkness outside the fire’s illumined orb. Other couples, when the fire had died down to glowing embers, leaped over it and then kissed. Lorenz thought that it would not be long before he too would be old enough to leap over the bonfire; but he would not wait until it collapsed into coals; he would jump over the flames burning high and so secure for his father an abundant harvest of flax –